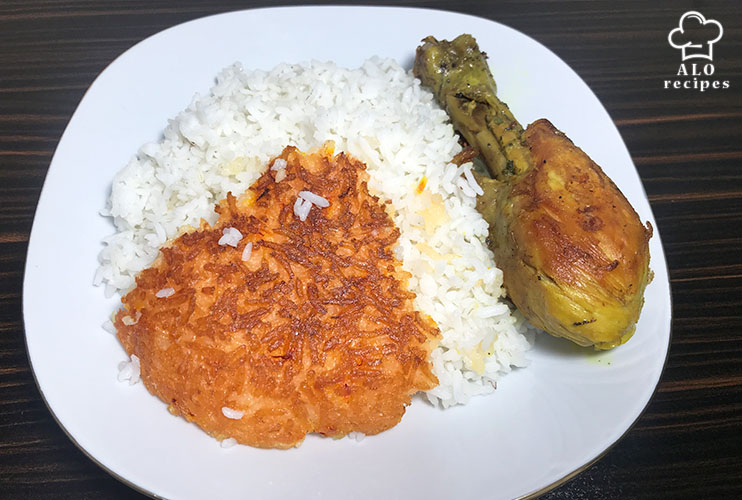 Yoghurt tahdig is another of a range of traditional Iranian tahdigs. It has an attractive golden color and gives a wonderful glaze to your food.

It’s very tasty and has an appetizing appearance. It’s easy to make. If you add saffron too, its aroma will be perfect. You can go for yoghurt tahdig in different types of polo such as ordinary polo, zereshk-polo, and baaqaali-polo.

As I mentioned before, the Persian word tahdig is a combination of tah+dig, meaning bottom+pot. To see the recipes for bread tahdig and potato tahdig, have a look on the relevant articles I have uploaded previously.

It’s worth noting that yoghurt tahdig is similar to a popular, mainly northern Iranian food named Tahchin (tah+chin) which has many different recipes.

You can make tahdig in pots of any size. I promise you the tahdig will be so delicious that you’ll be eating it forever. So let’s go to the yoghurt tahdig recipe and make this golden colorful bonus: 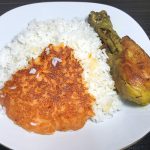 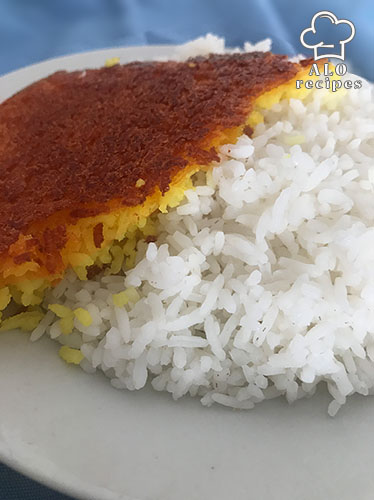 What kind of pot or pan can I use for tahdig:

You can use a pot or even a frying pan to make an ideal, crispy and golden tahdig. You can choose any pot you have at hand. It’s only important that tahdig pot have the following conditions to make tahdig with:

Of course, you can also have tahdig in ordinary pots which are not non-stick. But there is a difference: in this case, the tahdig doesn’t separate well from the pot and must be lifted off with pressure by means of a spoon, so it may look like the picture below:

It may not be like a perfect tahdig, but still tastes nice.