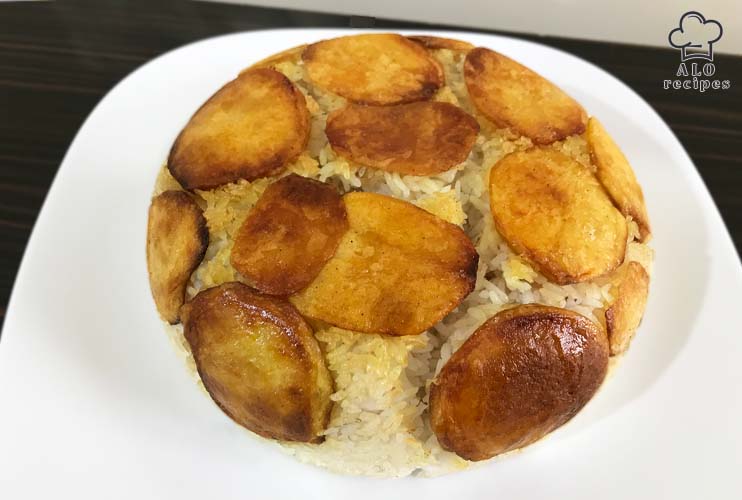 Potato tahdig is one of the most attractive recipes of Iranian food and it’s so delicious. I have explained the bread tahdig in another post and I suggest you try that one too. 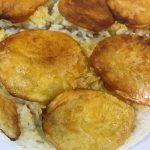 Having turned the heat off, try serving polo ba tahdig until it’s crispy. Because if you leave the lid of the pot closed, the steam will soften the tahdig.

This recipe needs only two ingredients: potatoes and rice. We have added this easy and authentic recipe to Recipe Finder recipes. 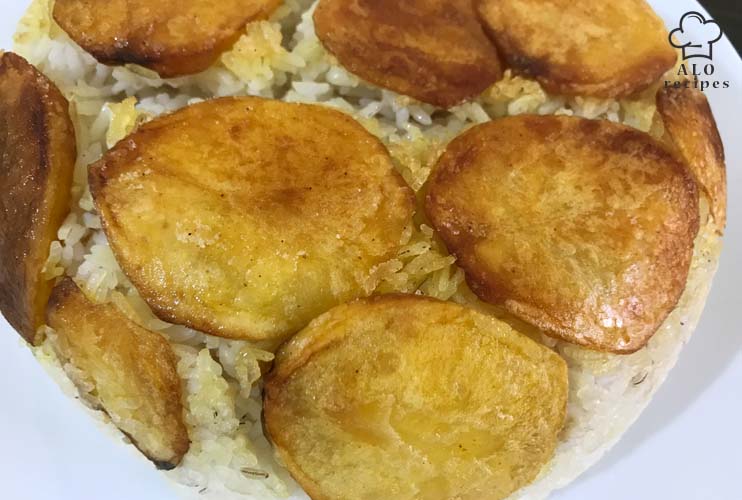 Yogurt pot bottom is one of the most popular Iranian pot bottoms that is easy to make. I recommend you try it too, Read the Yoghurt Tahdig Recipe.